The final leg of this intense tour took us (fittingly) to Champagne, where we spent full days with both Champagne De Saint Gall and Champagne Moutard. 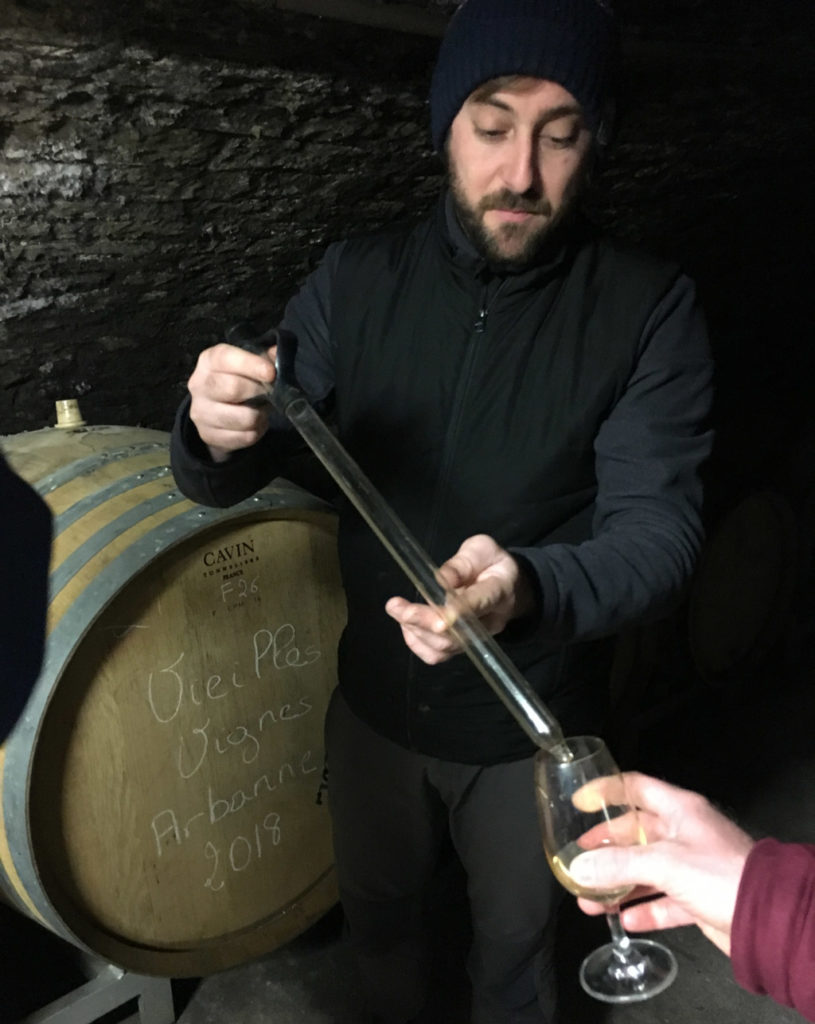 Lucien Moutard began producing Champagne under his own name in 1952 from grapes grown on his family’s land in the Côte des Bar.  The Côte des Bar is situated in the Southeast of Champagne’s boundary, about 2 hours in a car from Champagne’s capital in Reims.  You can think of the Côte des Bar as an island in and of itself, as the subregion is actually isolated from the rest of the Champagne.  This “underdog” terroir is super hot right now, and for good reason…The Côte des Bar was “kicked out” of the greater Champagne region in the early 1900’s, producers rioted, they’ll have a permanent chip on their shoulder, and are therefore more experimental and rebellious.  Whereas most of Champagne is relatively flat and densely planted to vines, in the Côte des Bar you’ll find a bucolic, relaxed, “backwoods” vibe where vineyards are leisurely interspersed with forests and streams.  Unlike the rest of Champagne where Chardonnay is king, in the Côte des Bar Pinot Noir dominates, making up 85% of plantings – A slightly more Southern location compared to the rest of Champagne means that it is warm enough for Pinot Noir to thrive, and Pinot Noir was the grape originally planted in the area by monks.  Large amounts of clay are interspersed with the limestone in the soil here – This means a bolder fruit profile in the finished wines.  The region is dominated by small growers, whose focus is on making singular/interesting wines.

Drive into the sleepy village of Buxeuil and the first thing you’ll see is the start of the Moutard family’s expansive compound which is peppered throughout the village and snakes below streets in the form of tunnels and cellars. If you weren’t aware of the fact that the family operates the second largest distillery in Champagne, this is worth noting, as this is where all of their pressed juice goes – A huge advantage as they only “need” to use free run juice in their Champagne. Most of you know Champagne Moutard by their perennial NV Grande Cuvee Brut, which is probably the best selling indie Champagne in the United States. From their singular bottling of the endangered Arbanne grape to some fun and juicy Pet Nat, we were looking at a table full of Champagne and Burgundy (the Moutard’s recently acquired a Domaine just North of Chablis). The young Alex Moutard is a winemaker coming into his own, and his focus these days is clearly on minimal/no dosage micro bottlings from specific plots.

The big takeaways were 1) Alex’s single-vineyard, non-dosage “Climats de Champagne” wines (aged and bottled under the more traditional steel staple cork closure instead of beer cap for ageing and a cage), which we will be pre-selling next month, and 2) Their two Pet Nat bottlings, which we purchased all available stock of and are something that we expect to turn into a staple here. A few highlights are below:

This was an eye-opening experience, whether we were talking about touring some of the Grand Cru vineyards in Avize, to visiting Champagne Le Mesnil (where more than half all Mesnil’s Grand Cru fruit is processed), learning how the organization works (true to fashion, it’s owned and run by the farmers), learning how farmers are actually paid, and of course, tasting the wines (both reserve still wines and finished bottles). If you are still reading this you are saying ok that is all great but how did we get here in the first place?

Ok – Let me digress just a second into an all too familiar story these days. Family farmers in, let’s say, middle America, are getting squeezed due to soy or wheat prices being down for whatever reason and operational expenses continuing their never-ending march upwards. A farmer can get by for a year or two by tightening their belts and taking out loans. But there’s comes a time when the last resort has to be looked at; selling the family farm. There’s always a buyer, but it’s usually not the neighbor. The result is a higher and higher concentration of farmland is controlled by fewer and fewer hands. Not an ideal situation.  And the same thing is happening in France, well, actually the entire world. Here at least we can offer up an example of how this story might be different.

Enter Champagne de Saint Gall.  You probably already know about how the growers of Union Champagne (de Saint Gall being the company’s own Champagne) control more Premier and Grand Cru vineyards than any other entity in Champagne and that they sell the majority of what they produce to the large Houses. For me, however, the story lies in this organization’s mission to not only produce fine Champagne from some of the best vineyards in the region, but too also strive continue the to maintain the culture and character of Champagne as a whole. The message one comes away with is that for this to be successful, the small farmers need to be able to survive and make a decent living. We’re not talking about farmers who set out on their own to join the world of farmer fizz. They own enough vineyard land to make a go of it. No, we’re talking about the majority of farmers in the region that own an acre or two and don’t have the money, marketing chops, or desire to commercialize their own label. These guys are farmers, people. Their tiny parcels have been handed down from generation to generation. People in Champagne don’t sell their land because they know that once they do, they would never be able to repurchase it again, unless they won the Powerball and that’s not in France…yet.

And this is where the Cooperatives come in.  Union Champagne has set up a system whereby the farmers are paid well for their fruit. In great years where there’s more abundance, there’s a formula that allows for a certain amount of still wine to be processed beyond the annual limits (yes there are limits) and then these reserves can be tapped into in a more difficult year to offset the lower quantities of that vintage. They would then be paid for the fruit processed in that bumper year. Kind of like a savings bond smoothing out the roller coaster ride of the stock market. The end result is a much more stable local economy and more small, family-owned vineyards remaining just that, family-owned. This takes off the some of the pressure to increase yields and just sell to the “big guys” directly.  These growers are then able to adopt changes in farming practices, under the advice and tutelage of Paul-Antoine Dauvergne, Union Champagne’s young vineyard guru. All this has the end result of a higher quality of fruit being delivered to the nearby co-op facility (there are 14 such facilities under the Union Champagne umbrella) to be transformed into delicious, non-bubbly, Champagne gold. From there the still wines are transported to the central winery in Avize where they are stored, blended, bottled, cellared, disgorged, and packaged, all this under the watchful eye of cellar master, Cédric Jacopin. Not an easy job I guess.

Union Champagne has long since made its mark on Champagne, but for Champagne De Saint Gall, this is only the first in many steps to solidify the future of Champagne and its real assets; the farmers. Mais oui, we did taste a couple of Champers:

…Coming down the tube will be a new package for the 2008 vintage as well as a vertical in an elegant wood box. Don’t wait – be part of the cutting edge.