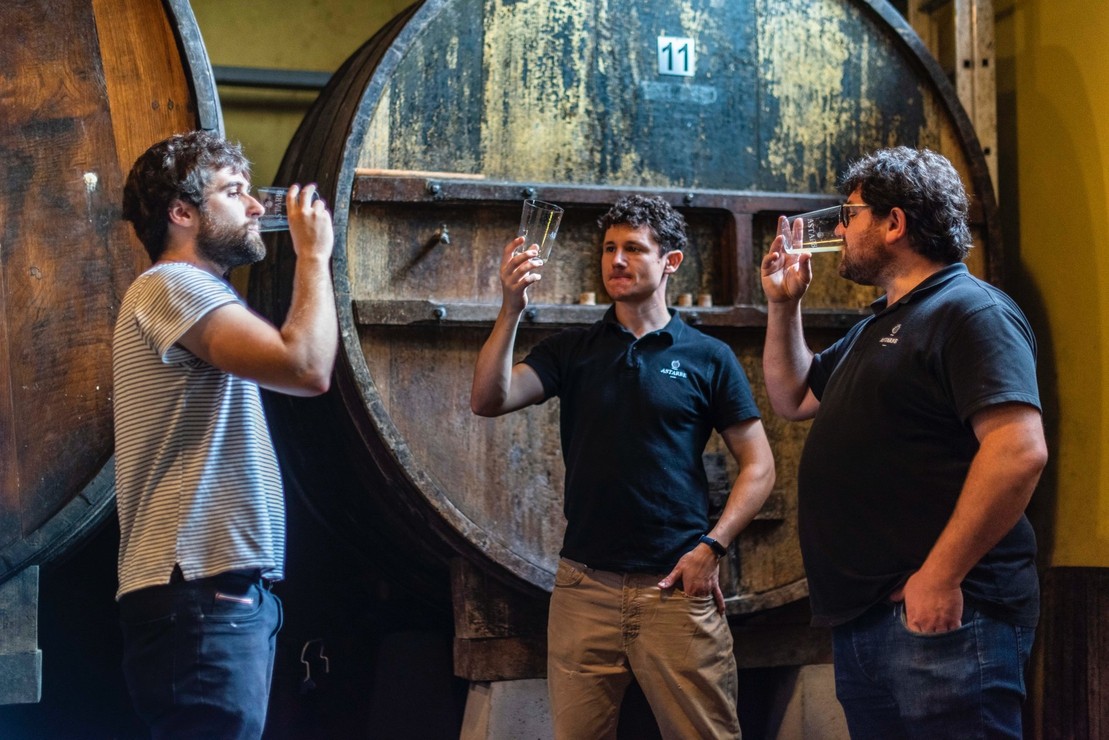 Astarbe is one of the oldest cider houses in Gipuzkoa (founded in 1563), run by the same family that generation after generation, for five centuries, has been dedicated to making cider and growing apple trees.

Hur, Joseba, and Kizkitza represent the fifteenth generation of ciders producers who also grow their own apples in these lands, which makes the Astarbe Cider House’ unique. The Astarbe’s have decided to innovate in the world of Basque ciders by recovering planting techniques and varieties of apples that their ancestors managed. Together with the teacher Félix Lizaso, from the Artamugarri farmhouse, they work in a wild seed nursery (makatza). The siblings rediscovered two varieties of apples to make cider with, the mendiola, whose tree was already erected in front of the Family’s farmhouse in 1563, and the astarbe varietal. These 2 varietals are 2 of the 115 varieties that the Euskal Sagardoa DO – Basque Cider admits.

Nestled between the Santiagomendi, Txoritokieta mountains and the Adarra peak, the Astarbe’s ancestors strategically built their original farmhouse at the foot of the Camino Real, where commerce and traffic between Madrid and Paris was brisk. 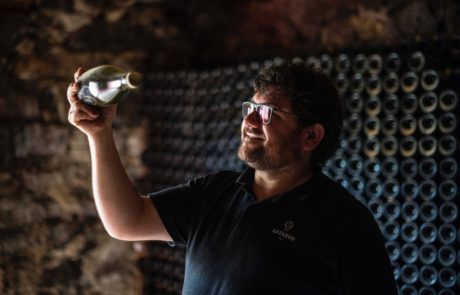 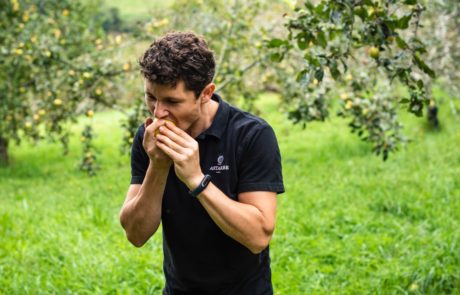 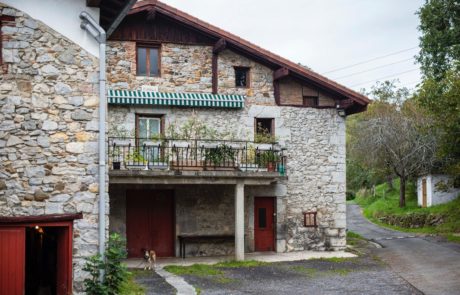