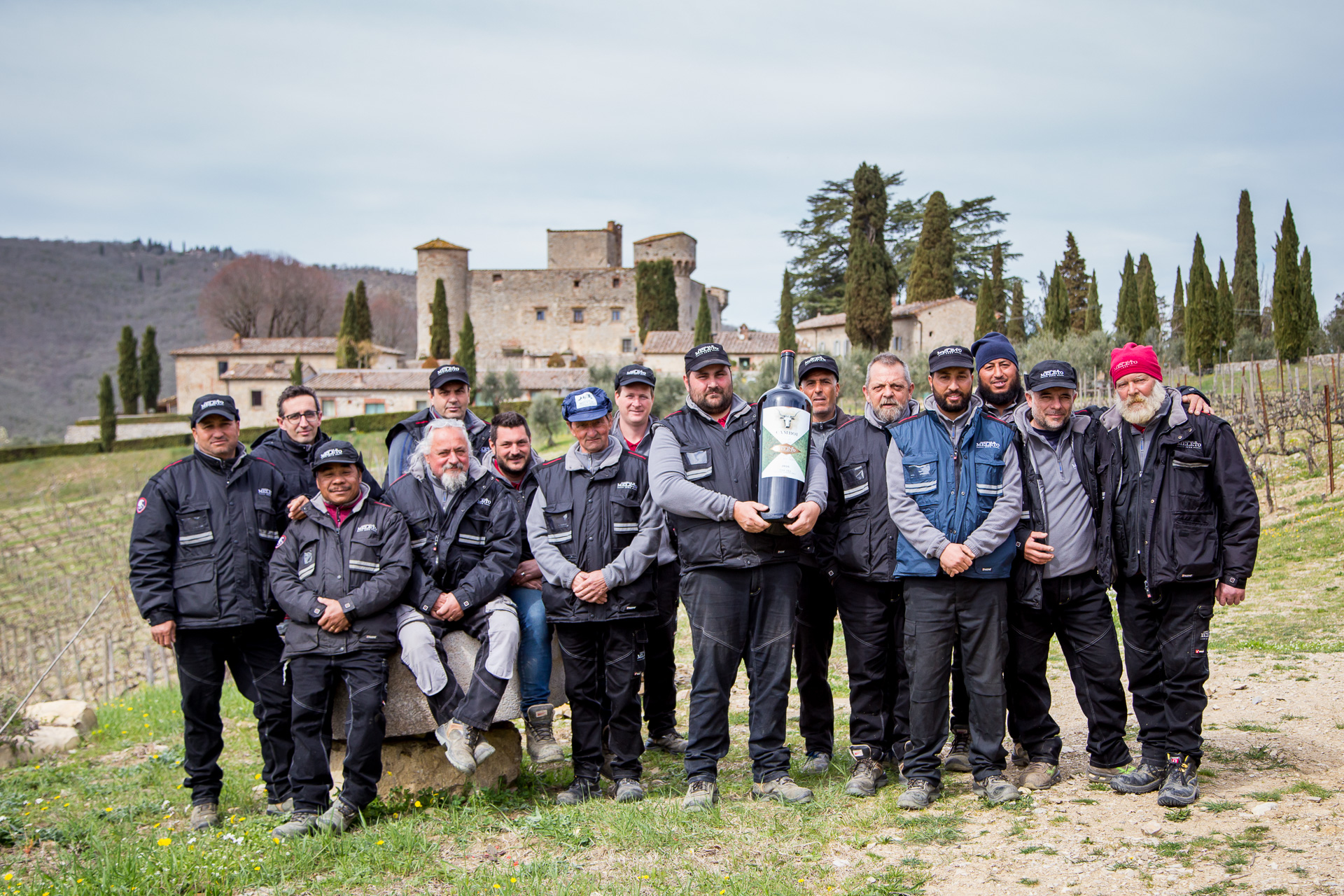 The earliest record of Meleto dates back to the eleventh century when the castle belonged to the Benedictine monks of Badia a Coltibuono.

The name “Meleto in Chianti” is mentioned for the first time in 1256 in the Libro degli Estimi (Book of Estimates) of the Florentine Guelphs as property of a local feudal family. Thanks to its strategic position close to the border between the territories of the Republic of Florence and Republic of Siena, the castle became a main Florentine stronghold of the area and later one of the main fortifications in the Lega del Chianti. This made the castle a coveted prize between the two contenders, although it never sustained serious damage.

Among the many stories of which the walls of Meleto have borne witness to, the most interesting and significant is without a doubt the establishment of the company Viticola Toscana, founded in the late 1960s with the aim of enhancing the wine-growing potential of the territory. In 1966 with the implementation of the “Green Plan” and the fall of customs barriers in the Common Market, Italian agriculture underwent a period of great renewal as more than one hundred thousand laborers returned to work the land.

Given these premises, in May 1968, Gianni Mazzocchi, founder of Domus magazine, had the idea of launching an initiative called “Operation Vineyards” in the magazine QuattroSoldi. The purpose of the initiative was to raise 150 million lire through the sale of shares amounting to 10.000 lire each. Each purchase had to consist of “at least one farm share unit”, which corresponded to 100 shares, for a minimum value of 1 million lire. Today such an initiative would be deemed crowdfunding. In fact, the idea was so avant-garde for its time that it was covered by the international press.

The purchase price was a substantial one given that the average salary of Italians in those years was about 120,000 Lire. The vision and seriousness of the project were certified by a detailed description that accompanied the subscription form, including an income statement, financial statement and expected revenue.

From the onset the “Operation Vineyards” aroused interest and approval so much so that over half a billion lire were raised in just two months. The Viticola Toscana was thus established and purchased Castello di Meleto, today the company’s headquarters, and the 1,400 hectares of surrounding land. Faithful to the commitment made with its shareholders, Viticola Toscana began a complete restoration of the property which had been neglected for some time. This agricultural revival also gave way to historical and architectural renovations of the surrounding farmhouses, the parish church and adjoining convent of Santa Maria in Spaltenna and the Castle.

Today the company Viticola Toscana, with its 1,600 founding shareholders, is still the owner of the entire area and represents an efficient and unique company model.

Castello di Meleto produces wines exclusively from estate-owned grapes. 70% of the grapes are harvested by hand, a choice influenced by two factors: the slope of land that at points reaches extreme levels and the commitment to selecting only the best fruit. With vineyards extending over 160 hectares, only the best grapes are selected for the wines bearing the Castello di Meleto brand. The bunches destined for these flagship wines undergo a rigorous first and second selection: the first in the vineyard at the time of harvest and the second on the sorting table, where each bunch is manually checked by expert operators. Perfectly healthy grapes allow for reduced sulfur dioxide use and spontaneous fermentation, triggered by indigenous yeasts present on the grapes. This reflects Castello di Meleto’s commitment to respecting the work carried out in the vineyard and minimally intervening in the cellar. 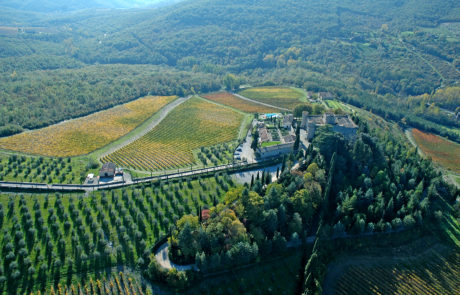 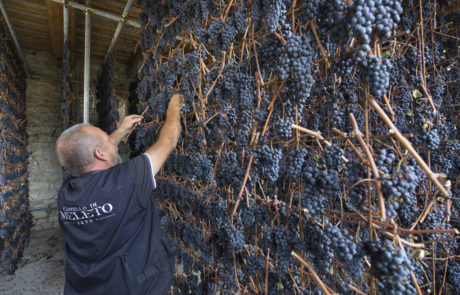 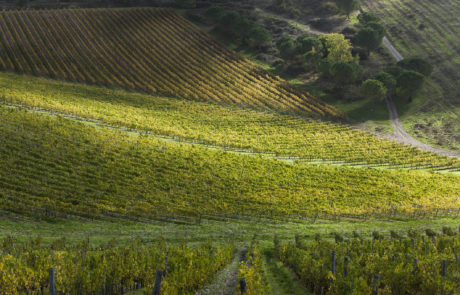