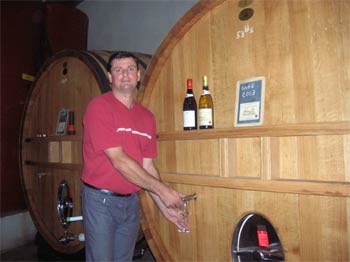 Domaine de Pignan has a rich, long history in Châteauneuf-du-Pape. Antoine and Sophie Pécoul created the estate in 1855, with the acquisition of 5 hectares on the hillside next to the Pope’s castle. The property would be known as Domaine Antoine Pécoul.

The estate continued to be a family-owned property, remaining in the hands of the same family since it was originally created and passed down to multiple generations of family members. Since those early days, the subsequent generations have managed to triple the size of vineyards to their current size of 15 hectares.

Prior to 1960, the majority of the harvest was sold to negociants. Then in 1960, Louis and René Pécoul began producing, bottling, and selling their own wine under the Pécouls Frères label. The future was looking bright.

In 1989, Frédéric Charvin, the great, great, grandson of Antoine and Sophie, took charge of the estate, ushering in a new era and a new name for the estate: Domaine de Pignan. The future had arrived.