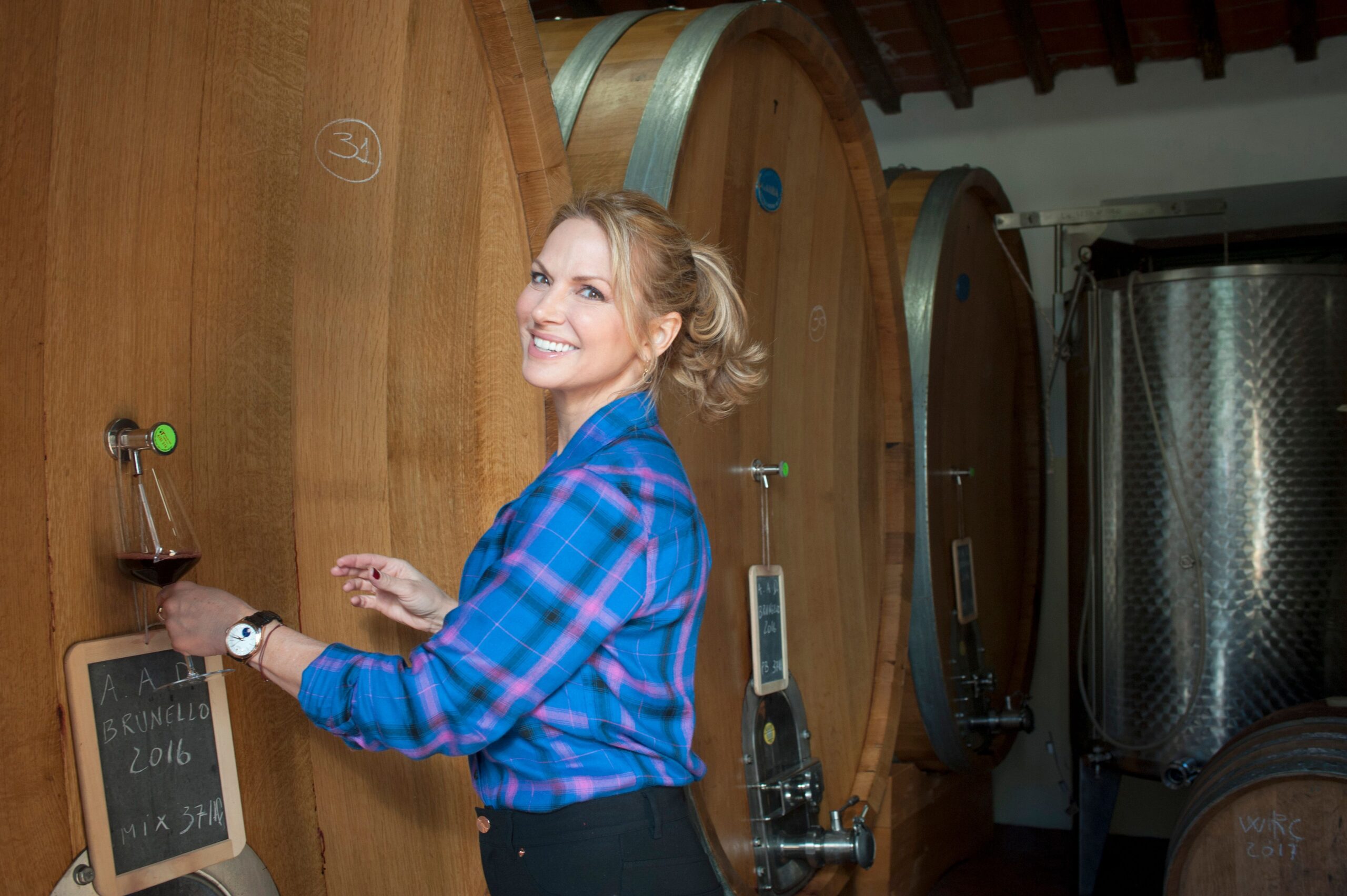 From its foundation in the early nineties to today, the La Fiorita estate has always sought to perfect the taste, longevity and aromatic complexity of its Brunello offerings, which emanate from the magical union of the Sangiovese grape with the unique terroires that surround Montalcino. Traditional and modern techniques combine to enhance quality from soil to bottle without compromise or shortcuts with virtually all interventions done by hand.

La Fiorita was established in 1992 starting from a project that Roberto Cipresso, winemaker on the rising at the time, shared with two homeland friends; the first vineyard had an extension of half hectare and the annual production was of just 1,000 bottles of Brunello; the first vintage was the 1993 and it was entirely purchased en-primeur by Enoteca Pinchiorri of Firenze. The cellar was in the basement of an old building of the 18th century in the heart of the medieval town of Castelnuovo Abate. The first vineyard was followed by the implantation of the Poggio al Sole vineyard and then of the Pian Bossolino vineyard, that increased the annual production to 25,000 bottles, divided by normal Brunello and Riserva.

Since 2011, with the acquisition of the estate by Natalie Oliveros, La Fiorita has embarked on numerous projects of long-term importance. Three are of particular note. The first was the 2014 planting of the third Brunello certified, fully organic, vineyard to the south-west area of Montalcino. The second are the steps taken to date to secure organic certification for the other two vineyards and the third is the design and layout of a state-of-the-art winemaking and cellaring facility.

Construction commenced in early 2018 at the birthplace of the La Fiorita estate and is planned to be ready to host the 2019 harvest thus cementing La Fiorita’s exciting future for decades to come. These and other exciting projects will undoubtedly bring La Fiorita to a level of excellence first envisaged by its founders, and now pursued with resolute determination, focus and passion by its proprietor, Natalie Oliveros, for the enjoyment of its growing and loyal consumers worldwide.

The entrance of Natalie Oliveros in the ownership beside Roberto Cipresso made new chapters being wrote in the life of La Fiorita; the immediate one is about the new position of the cellar in a new building with state of the art tools and equipment for the selection of the grapes and for the vinification and ageing processes. Moreover, there will be a project for the new vineyard of Podere Giardinello, that will have a lot of influence on the future productions.