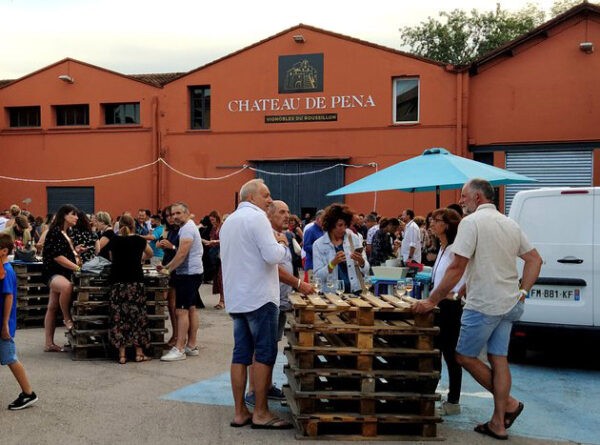 Located in Roussillon, about fifteen kilometers west of Perpignan, the cooperative cellar is located in the village of Cases de Pène. “Pena” means “rock”, the village has been around since the Middle Ages and the nearby Castle was built in a rock on the mountain dominating the valley of Agly. Their cellar was founded in October 1942 by a dozen winegrowing families from the village and has since proudly carried its name, Château de Pèna.

Several more families have joined since then and now there are about twenty families of cooperators. Their vineyard is located at the gates of the Agly Valley, one of the 3 valleys of our department of the Pyrénées Orientales and on the first foothills of the Corbières. A Mediterranean landscape where vines rub shoulders with garrigue, almond and olive trees. South-facing marl and black schist soils are a favorite terroir for their Côtes du Roussillon Villages Protected Designation of Origin production and even their Côtes Catalanes IGP. The area is still known as “French Catalonia” and they celebrate this heritage with the Catalan spelling of the ancient Château and village Cooperative: “Penya”.