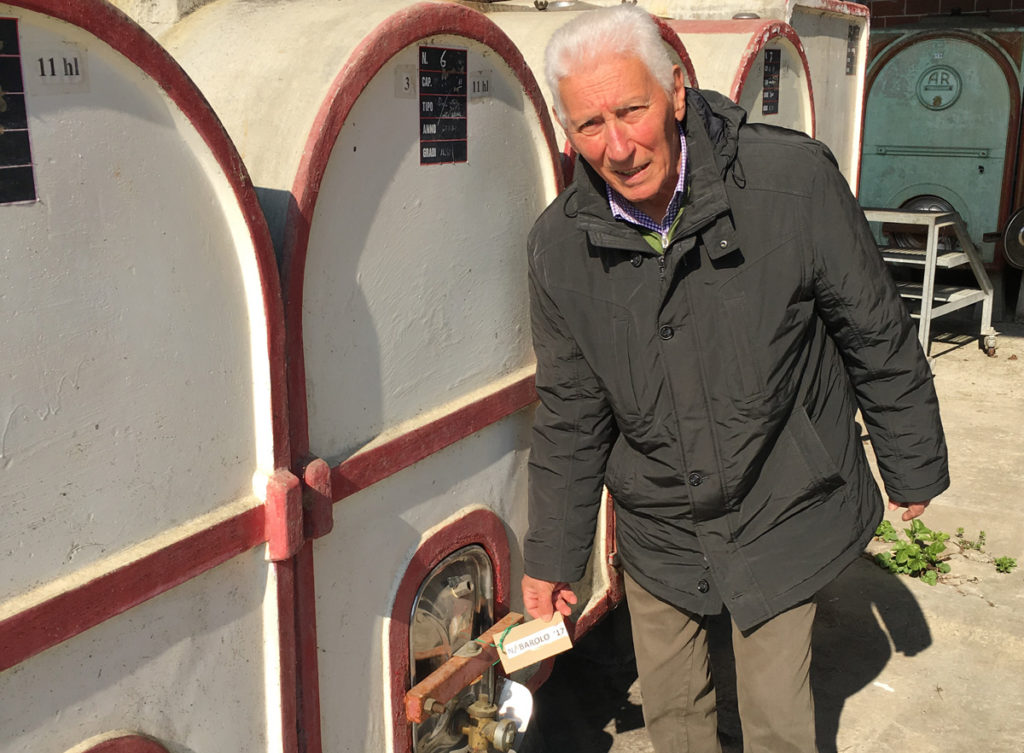 Sorelle de Nicola Feyles is unlike any winery we’ve ever visited. The story has it that this compound served as a slaughterhouse in days gone by. You wouldn’t guess so now, as there are probably sixty concrete vats scattered outside, of various shapes and sizes, all well-weathered, under a tin roof with thousands of rust holes that pepper the place with pin-sized, almost star-like beams of sunlight. Things are plenty messy but not what we’d call “dirty.” Walk inside a small building to the left and you are greeted with a humble but modern bottling line, shiny and clean to Thomas Keller standards, and somewhat inexplicably you run into four massive, fairly new, Slavonian oak casks.

Proprietor Antonio de Nicola himself has enviable energy for a man in his mid-eighties. They say intention brings longeivity, and Antiono has single handedly taken care of all the estate’s winemaking for the last 56 years. Antonio produces two Baroli, both Cru bottlings from six acre plots – Perno in Monforte and Sottocastello in Novello, with an indication of the specific plot within each Cru. The same holds true for Barbaresco – Five acres of holdings are farmed, from plots in Montesommo and Borgese, both in Neive. His outstanding Langhe Nebbiolo is actually a second wine made from declassified fruit in the Barolo and Barbaresco vineyards. Barbera and Dolcetto come from the same part of Perno as the Barolo. With Antonio and what he is doing at Feyles, we are looking at an estate in its prime.