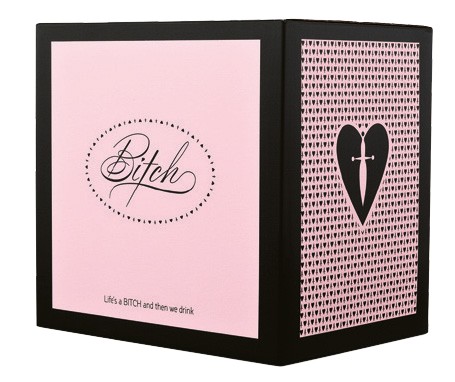 After a fateful trip to Australia in the late 90’s, Dan Phillips was hooked on Grenache. There to publish a story about Shiraz for Food & Wine, shortly after, Dan invested his life savings in a container of Shiraz and was off and running. Grenache soon took over his life. Dan purchased all the Australian Grenache he could from Northern Barossa. This was around the early 2000’s when Grenache was looked down upon, mainly because people associated Grenache with White Grenache, a grape used to make cheap, sweeter wines. Stuck with 1000’s of cases of Grenache-labeled wine that he could not sell, Dan had a problem. Not one to shrink from a challenge, he enlisted the help of world-famous font designer, Jeff Keedy to help produce a new brand for his beloved Grenache. After hours of brainstorming (and numerous bottles of wine) Jeff seized on an idea of Dan’s to call his new brand, Bitch. According to Dan, “Bitch is an ugly sounding, and looking, harsh word. His (Jeff’s) challenge was to make it beautiful. He decided to create a custom font for Bitch.” The Bitch font was created (left) as well as the dagger in the heart logo, which Dan believes is just as responsible for the success of the brand as the word. The word was left to exist on its own to allow consumers to bring their own experience to it. To sum it all up, Dan says, “Bitch is a verb, to bitch about life, which is our logo, the dagger in the heart, and the essence of wine drinking as it is the essence of blues music and life itself. It is WHY we drink wine. As I say, ‘life’s a bitch and then we drink.’”