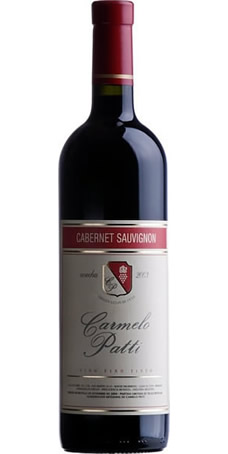 Elaboration: Fermented with native yeast and aged in concrete for 12 months and then moved to French oak (mostly used) for 12 additional months. Unfined and unfiltered. Aged in bottle five years before release.

Tasting Notes: Kept in the winery until Carmelo thinks the wine is ready to drink, he’s in search of an elegant, classical and polished wine that still keeps the varietal character but does not show the effect of the wood. The color, aromas and flavors are quite developed, nuanced and polished, with complexity and detail. It does have the herbal and spicy character of the grape (all the textbook descriptors are there: tobacco, forest floor, something herbal) and the warmth of the vintage and the place.

If you are lucky enough to secure an appointment, a visit to Carmelo Patti’s small, rustic winery in the heart of Lujan de Cuyo will without question be one of the more memorable wine tours of your life.

Carmelo is one of Mendoza’s great old-school winemaking personalities and runs every corner of this quirky operation himself. Originally brought to Argentina on a small boat from Sicily when he was one year old, Carmelo was a catalyst for the rebirth of fine wine production in Mendoza in the eighties and is, to this day, one of the most respected enologists in the country. Carmelo’s winemaking style is equally unique as his character, and he insists on holding all wine until he deems it “ready” for release which generally means 4-5 years after harvest at the soonest for reds. All wines are made naturally, with no chemical additives and only native yeast.