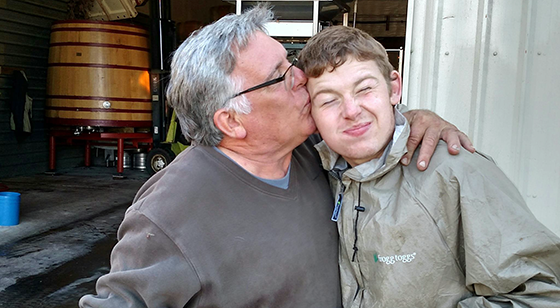 Lorrelle is produced from a small, family owned and operated winery. Better known as the people behind Six Peaks Winery, founders, John and Lynn Albin (UC Davis), along with their son, Andrew Albin (OSU), work together to produce Lorelle, which are both true to variety and excellent companions with food.

After a long stint as winemaker at King Estate, John planted his own vines at Laurel Vineyard in 1981. Nearly a decade later they expanded from viticulture to winemaking. Throughout John’s long winemaking history in the Pacific Northwest, he has had many opportunities to work with and befriend many talented farmers. These relationships are part of what makes Lorelle so special. They not only meticulously tend to their own vineyards for this project, but they also source some of the best fruit from the best growers year after year to make wines that are consistently delicious.