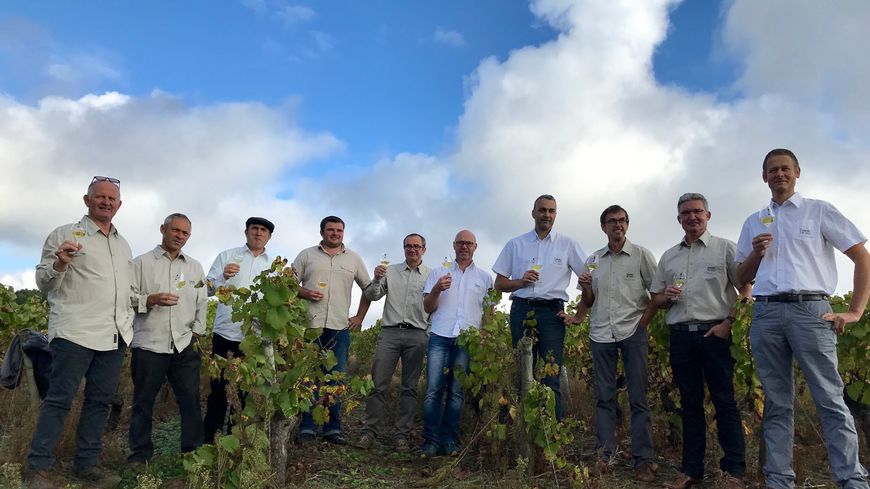 This is a very small, atypical coop of ten members, all from the commune of Le Pallet in the heart of Muscadet. Le Pallet is one of the only seven communes in all of Muscadet with “Cru” status, and many consider it the best of these. All ten members have their own properties, and a good bit of their production goes into domaine bottlings (such as the Domaine Guidoirs that we carry), and the remainder goes to the coop for use in a larger appellation “blend” (such as the “Petit Sardines” that we carry). The driving force behind these growers collaborating in cooperative format is the ability to share one single winemaking facility along with sales and compliance duties. The soil is interesting here, the northwest part of the town consists of light colored rocks (Roches Blanches) mixed with sand and the southwest area is dark colored (Roches Noires) and sand. Their late-release “Jubilation” bottling represents a new movement in the appellation towards intense, bottle-aged Muscadet with better selection, later harvesting, and longer aging on the lees. These wines are hot in Europe for good reason – They are very different, more serious, fuller, and have real aging potential. For some odd reason wines in this category cannot be called “sur lie” although they stay much longer on lees than your typical “sur lie” bottlings.