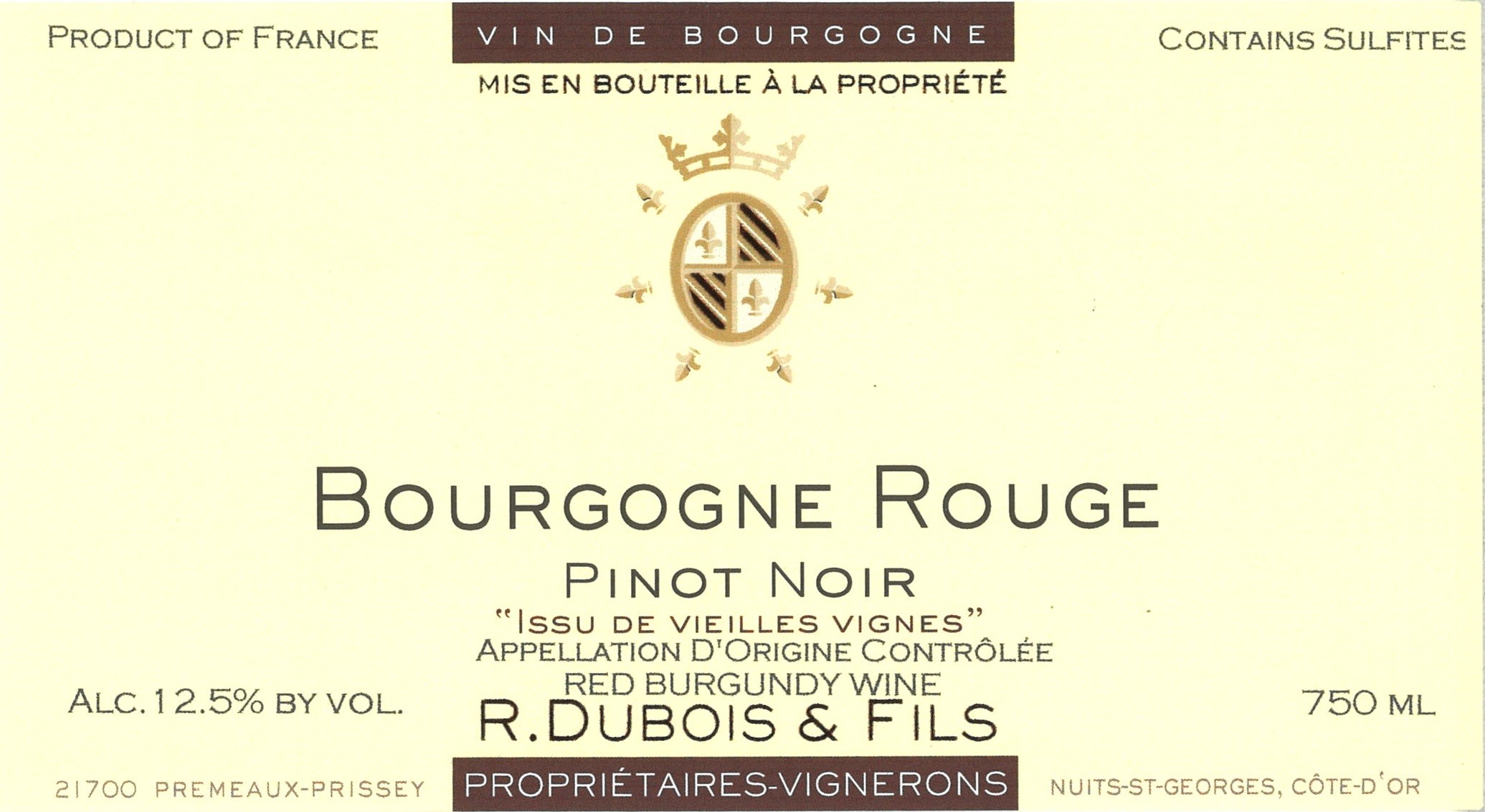 Elaboration: The harvest of the grapes is performed manually. After reception of the winery and destemming, the must is placed in a vat for a period of 10 to 12 days. For the three first days, the temperature is maintained to 61° F. This process allows to keep the primary aromas in the wine. After the temperature of the vat naturally elevates to be maintained between 83 and 92° F during a few days. Wines stay 12 to 15 months in cellar before being bottled. During this period, the wine undergoes malolactic fermentation which allows it to stabilize its structure. It spends about 2 to 6 months of its life in oak barrels to finish its maturing. After, the wines are prepared for bottling.

Tasting Notes: It has a beautiful deep color, tinged purple when young, becoming ruby red and orange with a few years in bottle. It offers an impressive range of flavors, essential quality of Pinot Noir. With a good tannin structure, this wine is full of power and has great balance.

The history of Dubois winegrowers begins around 1600 with the birth of Emiland Dubois, the first ancestor and winegrower to be found in official records. More recently, Louis Dubois (1874 – 1947) took over his first plot of vines in 1898, then developed the estate with 5 acres of vines in the village of Premeaux-Prissey and Nuits-Saint-Georges. His son, Robert (1910 – 2004), devoted his life to the estate’s vines, and further increased its size by acquiring his first Nuits Premier Cru plot in 1961. Régis Dubois (born 1939), took up the reins with his wife Christiane, and extended the vineyard from 10 to 25 acres, and then to 50 acres. To increase the value of the wine, he began to bottle the production from 1969 onwards. Presently, Régis manages the technical matters of the domaine.

The fourth generation begins in 1969 with the birth of Raphaël. Since 2006, the vineyard has been managed by Raphaël and his sister, Béatrice Dubois. Raphaël oversees the marketing of the wines and public relations. Béatrice is an oenologist who is truly passionate about wine. She divides her time between producing, analyzing and monitoring the estate’s wines, and customer tastings all over the world, which have now replaced her vinification work in the southern hemisphere.